A slew of new changes were revealed with the pre-season 3 patch of League of Legends.  I won’t go into full detail of all the changes, but for a complete list see the League of Legends Preseason 3 patch notes.  There’s also an Introduction to Preseason 3 with a preview of all new, modified (reworked), and removed items; significant changes to the jungle role; and changes to several masteries & summoner spells.

As far as the preseason 3 changes relate to my Season 2 DPS Teemo build, I’m still trying to find the right combination.  With the removal of Madred’s Bloodrazor, a reworked Malady, and the new Runaan’s Hurricane and The Blade of the Ruined King, I’m still vying for the best overall DPS Teemo build.  Here’s where I currently sit:

As proof of concept, here’s a snapshot of most recent game as a top-lane DPS Teemo.  It managed to shut down 3 enemy champions exploiting the Black Cleaver stack, so I’d say I’m getting pretty close to a standard build.

I’m curious to know what Teemo builds you have found successful in Pre-season 3.  Please let me know in the comments below or link your favorite Mobafire build.  GLHF! 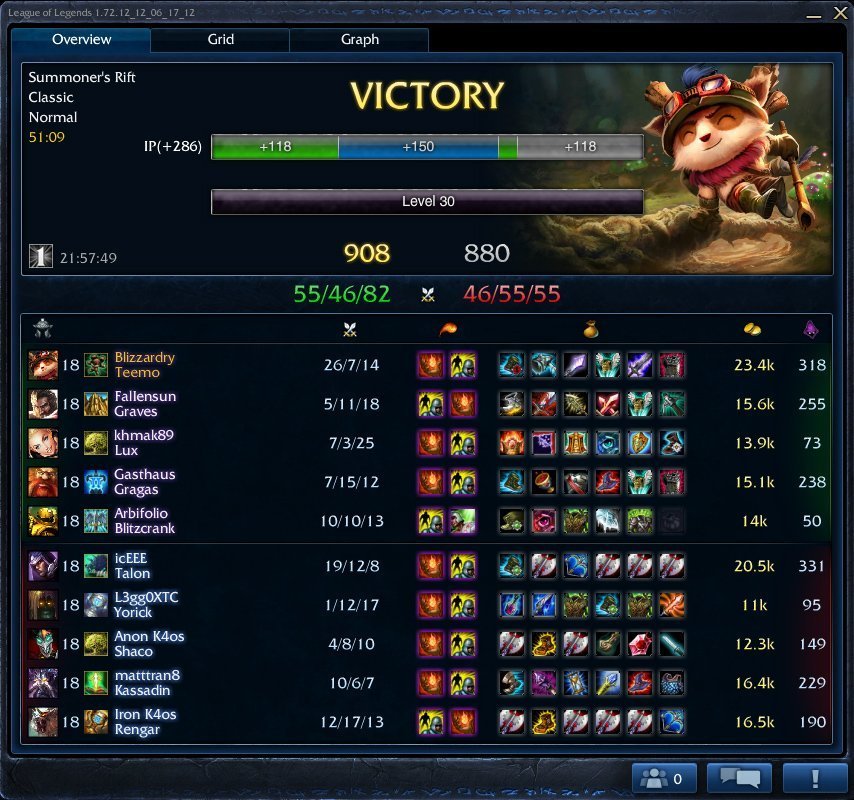