Are you bored with World of WarCraft?  I am.  I was invited to the beta for the fourth WoW expansion, Mists of Pandaria, back in November 2011 and have logged maybe 12 hours in-game.  Playing as the new Monk, you start at level 1 and must complete the typical starting zone quests through level 20 or so before returning to familiar zones you’ve already run through ten times on your other ten characters – all the way to level 85.  Then you’ll run all of your characters through the new level 85-90 content ten times.  Does this sound fun to anyone?

Despite the company’s history for success, the future of The World of WarCraft is grim.  And it’s not because it will be a bad addition to the game.  I’m sure MoP will be great and several million players will rush out to buy the new expansion – only to resubscribe for another 1-3 months and walk away for good. Why?  World of WarCraft is no longer the shiny new toy it once was, no matter how much new content you give it.  The MMORPG, as we know it today, is dying.

Take a look at Aion, Age of Conan, Dungeons & Drangons Online, Lord of the Rings Online, EverQuest 2 – even the more recent Star Wars: The Old Republic and TERA; they all had decent launch periods, but were/are unable to retain subscribers past a 2-3 months – many even ditching their subscription models for the “freemium” revenue model in order to retain players.  Fact is, MMORPGs are no longer what gamers thirst for – we’ve evolved.

Taking note of my recent gaming habits, I’ve found myself playing more games on my iPhone 4S.  I currently play Zynga’s “Swipeout”, and more recently, CastleAge HD (an upgrade from Kingdoms at War).  These titles all use the “freemium” revenue model I spoke of in a post a few days ago.  I’ve not yet spent a dime on any of these games, but I may be in the minority.  All three of these games appear on the “Top Grossing” list in the AppStore.  Coincidence?  Don’t think so.  We’re all seeking the next evolution in gaming.

If I had to guess at the current evolution of gaming, I’d say Riot’s League of Legends is in the center of it all.  However, with DOTA 2 and Blizzard’s StarCraft II DOTA custom map not far away, the crowding of this space will certainly leave gamers on the lookout for the next evolution of gaming.

If I were to place a bet on the next evolution of gaming, I’d say the mobile market will definitely play and integral role.  I’d double down on a cross-platform, persistent world where you wage war and engage in epic battles on your PC with lavish visuals, while you socialize, trade, travel, solve puzzles, and delve deep into the lore on your lightweight mobile device – allowing you save/conquer the world whether in front of your computer or on the go.

I’d love to hear what you’re playing and what beckons you back to your preferred virtual world.  Let me know in a comment below.  Until then, GLHF! 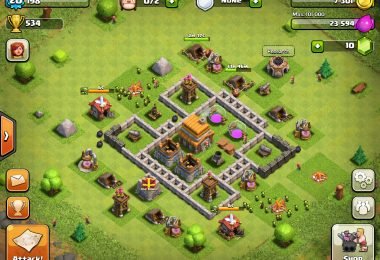 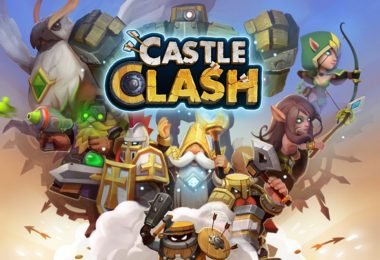