Earlier we gave a brief preview of TinyMob Games’ inaugural title, Tiny Realms. Well today, I’m happy to announce that Tiny Realms has “soft launched” and is now live on the Canadian App Store for iPhone and iPad devices.

Although we’re in the US, we’ve been playing Tiny Realms for nearly a week and have some feedback for anxious Clash of Clans players, as well as TinyMob Games while the game continues to develop before launching globally. For instructions on how to download and play Tiny Realms outside Canada, stay tuned for a future post.

Clive, head of Product Marketing at TinyMob Games, writes, “In order to achieve a high quality bar and before we launch the game globally, we thought it would be prudent to see what our players think of Tiny Realms. …Please give us feedback while we add new features, work out bugs and fine tune the experience … as we build towards our global launch. We will be updating game with new content and exciting features nearly every week throughout the summer…”

Tiny Realms is still very early in its launch with a much more fully featured game planned for global release later this year. However, since TinyMob Games invites players “…to be part of our creative process, supplying feedback and suggestions for changes enabling us to make the best game we can”, we thought we’d share what keeps us playing Tiny Realms and what we hope for Tiny Realms’ future.

What keeps us playing Tiny Realms

As you can see, there’s so much potential for Tiny Realms. Our only wish is that it doesn’t try too hard to mimic the competition, but instead pave the way for a 2nd generation of CMRTS games. Many voices on the forums will encourage TinyMob Games to add features to align itself with the competition, but we strongly believe that it’s deviation from the genre is what has set it apart thus far and we can only hope they continue on that path.

Sure, there are must-have features for any multiplayer title that aren’t in yet. We’ve identified those below with the (Anticipated) preface. What we’d really like to see are more RPG-like elements that you’ll see listed below the anticipated features. There’s a lot of them, and we don’t expect them all, but have a look and let us know what you think!  Did we miss any you’d like to see?

What we hope for Tiny Realms’ future

Many of these features would take a lot of time and preparation to see in the game before a global launch unless TinyMob Games has already planned for them. However, we feel many of these features are worthwhile and would set Tiny Realms apart as a mobile strategy powerhouse and win over the crowd still playing the waning Clash of Clans.

We highly encourage active Clash of Clans players to try Tiny Realms and give TinyMob Games constructive feedback that will help shape the 2nd generation of CMRTS games that will be making their way to your mobile devices in the coming years. Here’s a chance to voice your opinion to a company that is still shaping an already promising game and has the resources, talent, and ambition to do so.

If you’ve played Tiny Realms and have comments or suggestions, please post them in the comments below or on the Tiny Realms Forum. We’ll ensure employees of TinyMob Games receive your feedback and suggestions in a clear and concise manner because we want Tiny Realms to be a game we’re playing years from now.

And remember, whatever your poison, good luck and have fun! 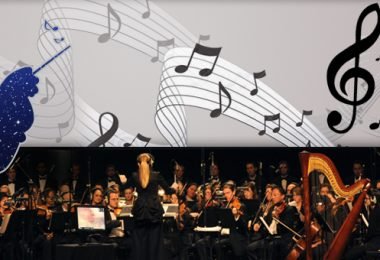