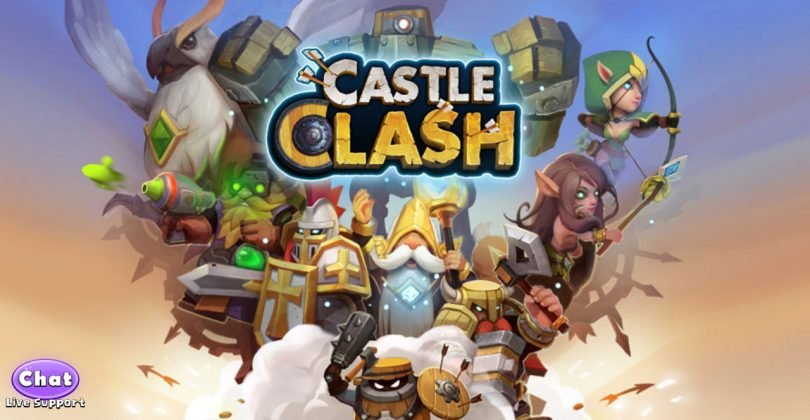 I continue to dredge forward… slowly, in Clash of Clans.  Progress and upgrades take days without gems to boost resource production or outright purchase them, and I refuse to pour any more than my original $9.99 into it. Why, you ask? Because, honestly, that’s really all Clash of Clans is worth in its current state.

Because progress is so slow, I’ve reduced my trophies to sub 800, that’s right, the 700 trophy range, so I can at least accumulate more Gold and Elixir than I lose without playing the game so actively (See more of my Clash of Clans strategies).

Therefore, I’ve wandered off a little researching and downloading several new iOS games with promise. In that search, I happened upon a couple blatant ripoffs, look-alikes, copycats, etc. of Clash of Clans that you might want to check out.

UPDATE 4.12.14: SuperCell brought new life to Clash of Clans with their Clan Wars update. See our Clan Wars post with a broad overview and some high level strategies for Clan Wars. 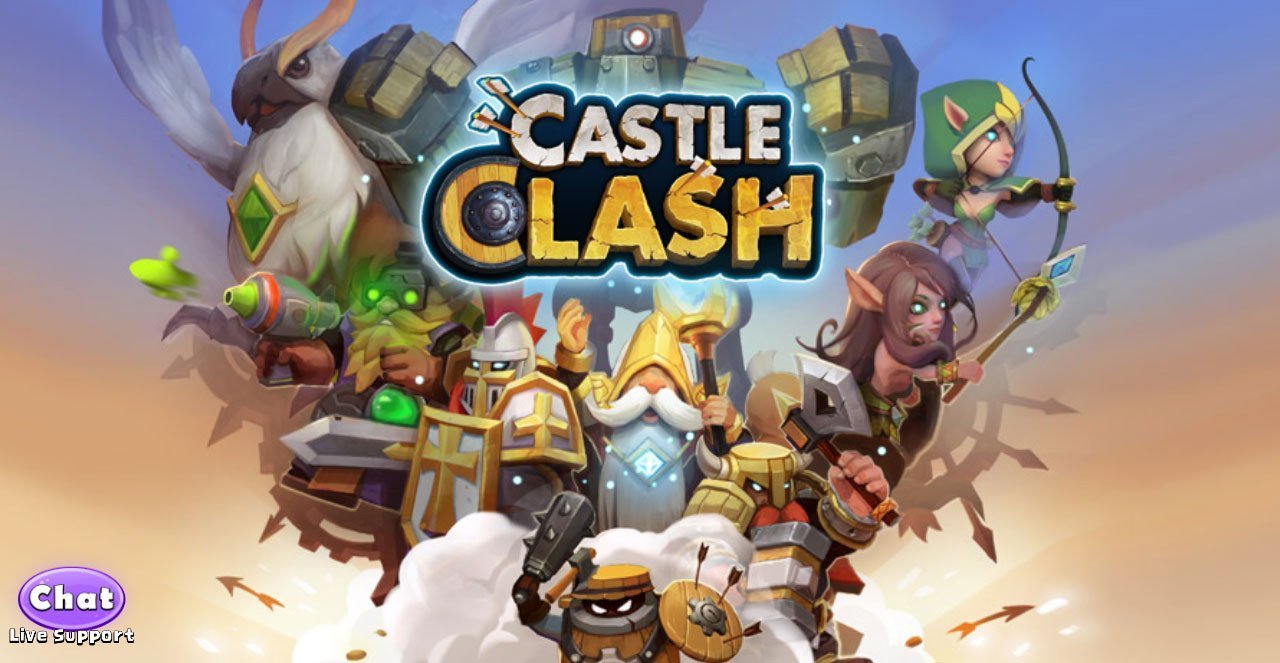 Released November 15, 2013 by IGG (I Got Games), Castle Clash is the better of the two Clash of Clans ripoffs I’ll mention here.   Know that I didn’t pick up Clash of Clans until about 5 months after its August 2, 2012 release, but Castle Clash lacks polish at this point. However, its launch was coincidentally well-timed with the recent influx of new iOS devices fueled by the new iPad Mini with Retina Display and iPad Air and the rapidly approaching holiday season. Smart move. I’d have pushed it out, too.

And its a good thing… everything feels very familiar to start, but quickly stands out when the surviving troops you send into battle return to their army camps at full health, while commanding up to 5 heroes in battle, when the troops in your Army Camps help defend your base, with a more complete single player scenarios, generous training/respawn times, and generous accrual of precious gems.

Base construction and progression is paced quickly to start, giving much smaller upgrades more frequently to give players a greater sense of progress for roughly the same benefit long-term. For example, in Clash of Clans, each Army Camp upgrade allows you 5 more troops, but in Castle Clash you gain only 2 per level. The same can be said of the the Town Hall, Gold and Elixir collectors, storages, towers, walls, etc.

I find I actually spend more time playing Castle Clash than I do Clash of Clans because there is more to do.  A new “Hero Shard” currency, gained from single player scenarios, aid in the training and upgrading of your heroes. Honor Badges are like Clash of Clans’ Trophies, and are another form of currency earned by engaging in PvP. As your world rank in the Arena increases, so, too does your Honor Badges per hour.

My final verdict for Castle Clash is that it complements Clash of Clans well if you’re looking for something similar, better pacing, yet with more depth and variety. However, it comes at a cost of overall game polish and social features. I wouldn’t be at all surprised to see this one rise the top-grossing charts soon, and even find Supercell adopt several of its distinguishing features in future updates to stay competitive. 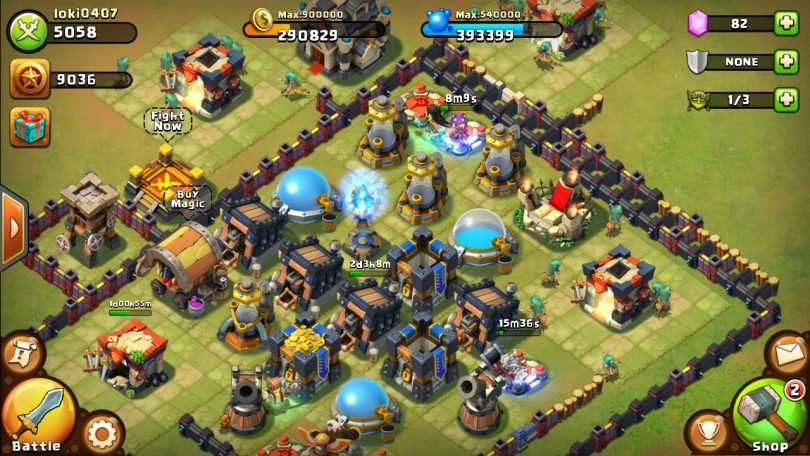 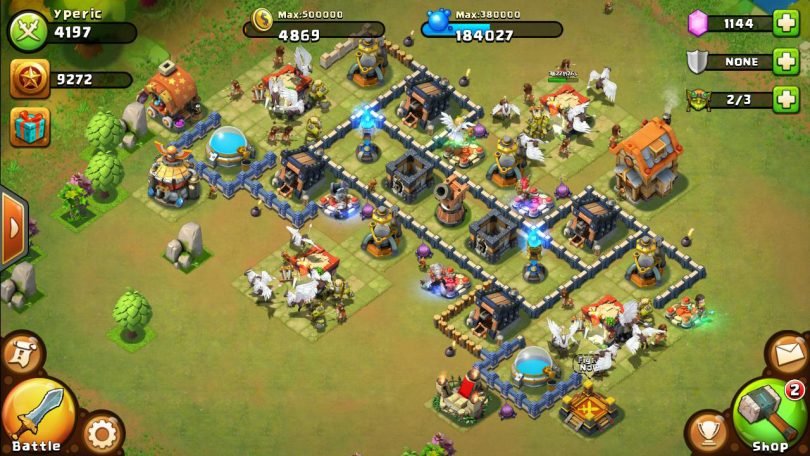 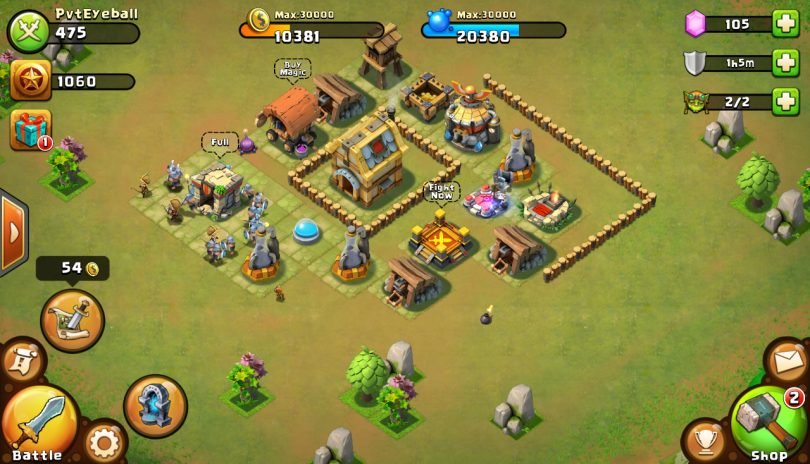 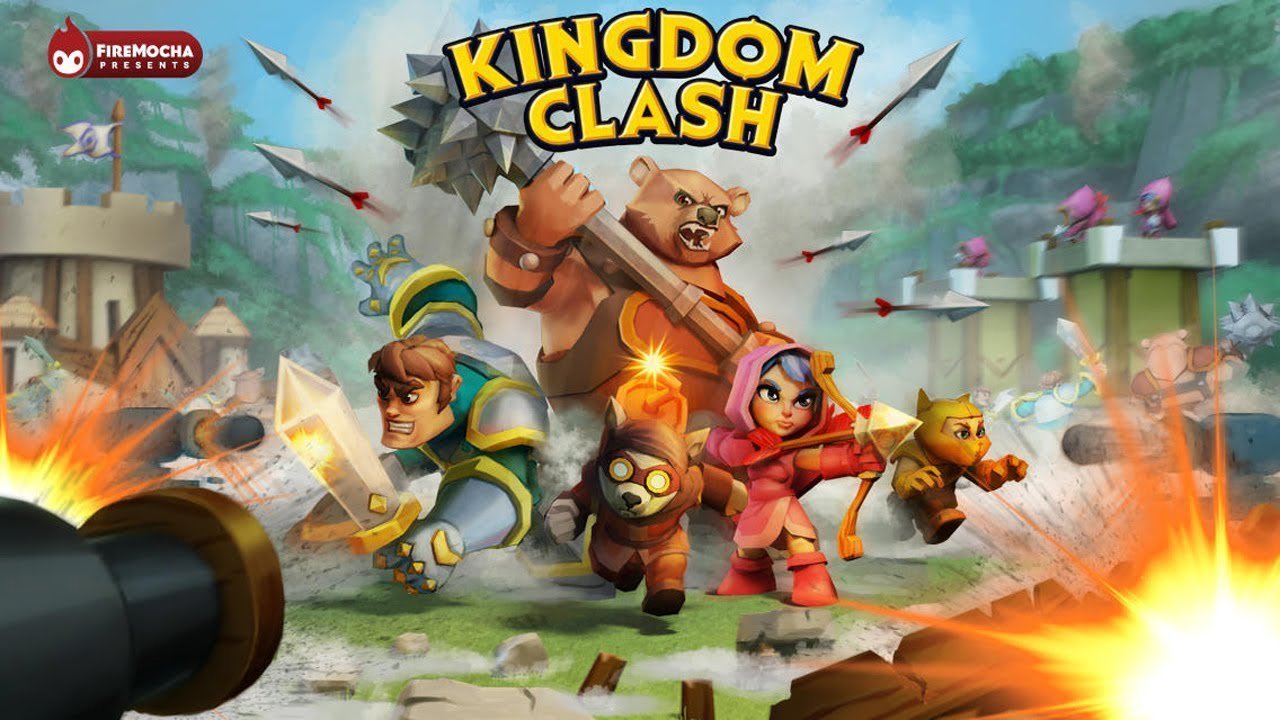 Again, starting the game will feel very familiar. Build a base. Attack an NPC village. Gain some strength. Fortify your defenses. etc. etc. etc. If you make it this far, you’ll immediately realize the huge emphasis on dialogue and story. You’ll either love it or hate it – I tend to side with the latter in this case. Hold tight and I’ll explain why.

Unabashed self-promotion aside, Kingdom Clash falls short in is its pacing and progression. The game is much, much slower to advance than either Clash of Clans or Castle Clash. Town Hall upgrades are required to advance your settlement, yet Town Hall upgrades are very costly and require more time than either of its competitors. Troop upgrades, defenses, and even rock and tree removal are equally as expensive and timely. 1 hour and 20k gold to remove a single tree? There must be 3 dozen trees with an equal amount of rocks! Lets just hope they don’t respawn.

Oftentimes I’d upgrade my Markets and Spellstone Mines way before I was asked to do so because it felt the natural progression of things. This resulted in multiple wasted quest rewards because my Gold and Spellstone storages would fill while leveling and the quest would reward more Gold and Spellstone – beyond what I was capable of storing.

Battles have no heroes as of yet, troops are lost at deployment, social features are weak, gems are very hard to come by, the battles and animations are lackluster, and the touch response feels latent. There’s not a lot of good to say about Kingdom Clash unless you’re a sucker for a slow developing story. Kingdom Clash feels much more the true sense of the word “ripoff” with no more innovation on Clash of Clans than the umpteen remakes of the tale of Robin Hood. So unless you just can’t get enough of the Clash of Clans genre, pass on this one.

Enjoy these, and until our next visit, good luck and have fun! 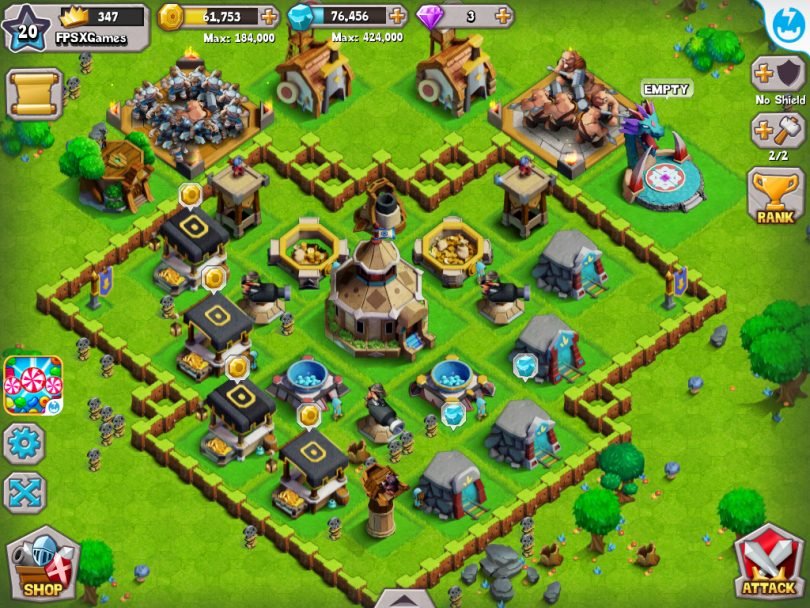 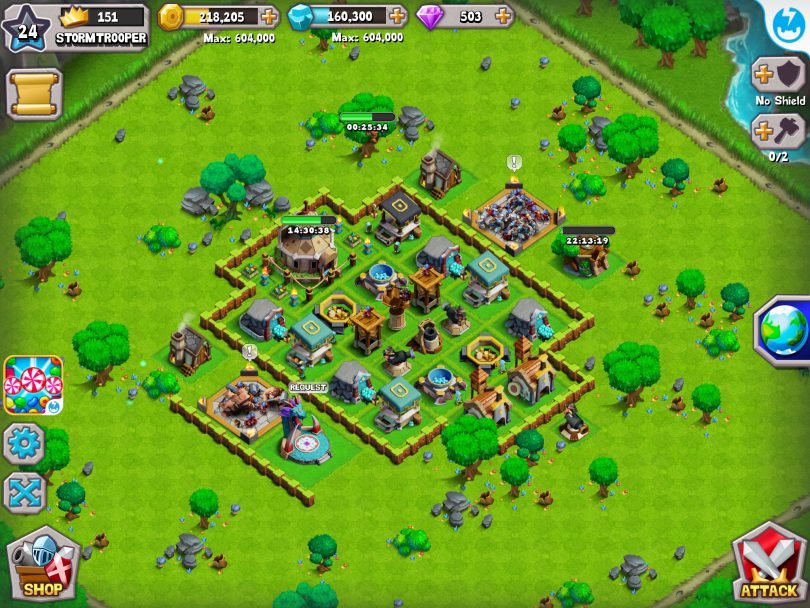 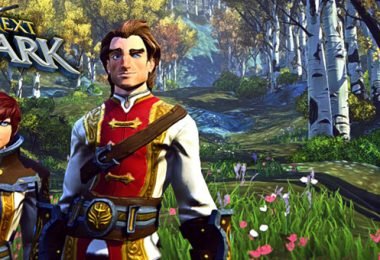 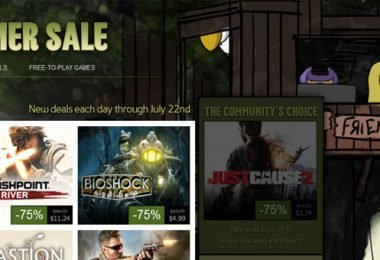