I’ve received several hundred visitors per day in search for tips on playing League of Legends’ Teemo champion.  I’ve already introduced you to my Teemo build, so in this series of follow up posts I will walk you through a 5v5 Summoner’s Rift game using Teemo in each of the following roles: DPS Teemo, Support Teemo, and even Jungle Teemo.

In a support role, Teemo is paired in the bottom lane with a DPS, or ADC (Attack Damage, Carry) champion such as Ashe, Caitlyn, Graves, Varus, etc.  Your job is to protect your DPS laning partner, allowing them to focus on last-hitting (farming) minions.  You can also use his Toxic Shot and Blinding Dart to harass enemies, limiting their income and granting your team a slight advantage early on.

I generally keep itemization fairly normalized but for a support role, you’ll want to change up your first few items before moving on to my standard build.  First, pick up 1-3 Vision Wards, and some Health Potions.  Next, you’ll want to focus on completing a Philosopher’s Stone and Heart of Gold for steady income.  Once you have a steady income, start working toward an on-hit build, focusing on survivability items first, such as Frozen Mallet, building the remaining items as the enemy and gold permit.  Just remember to continually support the team by placing wards in key map locations.

Your number one goal during the laning phase is to protect and assist your AD Carry.  This includes “poking” and harassing the enemy champions with your Toxic Shot and Blinding Dart, as well as placing wards as needed in two primary locations: the river and either of the two bushes in the lane.  You might consider placing wards in the bush just inside your jungle, but you should have your level 5 ultimate, Noxious Trap, and can easily place a mushroom there instead of using a precious ward there.  If you’ve been poking well or are pushed against your own turret, coordinate a gank with the jungler or your laning partner with a ping or in chat and set them up for the kill.  DO NOT try to land the killing blow!  You want your ADC to get the income for the kill so they can build stronger items more quickly.  You’ll receive a small sum of gold for your assist, which is more than enough with your GP5 items.

Like DPS Teemo, my ability sequence is Move Quick, Toxic Shot, Blinding Dart, maxing Toxic Shot first, then Move Quick, and Blinding Dart.  Max your Noxious Trap at each opportunity (levels 6, 11 and 16).  I choose Move Quick first because movement speed provides the best survivability early on when everyone else is slower than you.  Boots help your survivability, but you should be in the brush and playing it safe as Support Teemo.

Once you get an assist or two, return to base to buy a Philosopher’s Stone and Heart of Gold.  You might opt for Boots (350 gold) before your Heart of Gold if you need to escape a Blitzcrank, Alistar, Lux, or Leona – who’s stuns can all be lethal if you get caught.

As you approach mid game from levels 8-14, start working towards your Frozen Mallet first by picking up a Phage.  Phage provides the health you need for survivability, some armor, and most importantly, a 30% chance to slow on hit, setting your ADC for kills much more easily.

Don’t hesitate to leave your lane for a moment to help with a kill in mid, or even the jungle.  Once you get an assist or two, or are able to farm minions while your ADC is buying, I work towards either a Malady or Wit’s End depending on the enemy team composition.

Wit’s End helps versus AP champions that may be beating on you by providing some magic resist (MR). while Malady reduces enemy champion MR, increasing AP damage from Toxic Shot, Blinding Dart, and Noxious Trap.

Continue working with your team to topple a few towers, keeping an eye on Dragon for the health 190 gold boost for you and your teammates.  Should you be playing against an aggressive Blitzcrank, Lee Sin, Hecarim, Fiddlesticks, Graves, Gragas, Tryndamere, or any other champion that can pass through walls frequently, be sure and pick up a few extra wards to help your team keep an eye on things in the jungle.

As you approach max level you should be catching up with your allies on accumulated gold, allowing you to complete several of your core items.  Many Teemo players take this opportunity to push lanes, but you’re support; stay close to teammates, placing mushrooms in high-traffic paths to help give visibility to enemy champions, slow enemies chasing your teammates, or getting assists and even kills from unsuspecting enemies.  Move Quick and the Teleport Summoner Ability allow you to get around the map quickly.  Keep an eye on your minimap looking for opportunities to pick up easy kills in the jungle with your team.  Remember, you can teleport to your shrooms throughout the map, so spreading them widely will make you even more mobile.

As the game progresses, keep a ward placed at Baron Nashor at all times and continue to ward key jungle junctions. Also, take a moment to quickly study enemy builds and pick out those who pose the biggest threat.  This is usually an enemy AD or AP champion with high DPS; however, this could also be a tank with Thornmail or several disabling abilities (Leona, Alistar, etc.) that you want to avoid until most or all other enemies are eliminated.

Constantly review your build to ensure you’re built properly for the team you’re about to face.  Get your team together and form a strategy, identifying who you will each target, or “focus”, first in the fight.  Typically, your entire team will want to focus enemies in descending order of DPS, but circumstances sometime encourage dividing your efforts between multiple threats.

Because each game is so dynamic, I realize it is hard to get a group of random teammates to coordinate an attack of this skill level, but the more successful you can be at doing so, the more you swing the odds in your favor.  Pay close attention at how each player on your team communicates and moves about in team fights.  If you have a timid player or team, adjust your strategy to be more defensive, fighting under towers and out in the open for easy visibility of all champions in a fight.  If your teammates are more aggressive and advanced, you might set up ambushes in the jungle to pick them off one-by-one.

The diversity is what makes League of Legends a game I can return to again and again.  No game is ever the same – EVER!  Players constantly tweak their Mastery Pages, Rune Pages, Build Orders, etc., trying to find the optimal champion and build that suits their play style.  I’ve just shared mine with you now.  It, too, will likely undergo a few changes over time, but consider this a beginner’s guide to playing DPS Teemo from an experienced player.  Start here, then tweak it to become your own DPS Teemo Build. 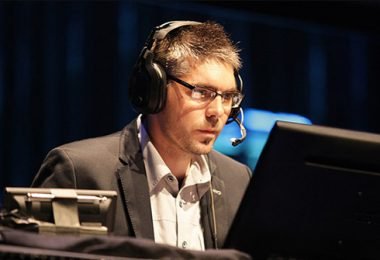 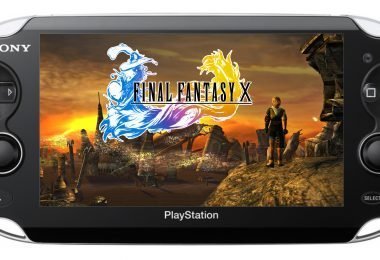